This past week was an ordinary week. I attended a levy meeting, I made bread and soup, Emily did her school work, and Bobby and I watched an episode of Border Patrol NZ on Netflix.The interesting thing about that particular episode was the use of the term busker. 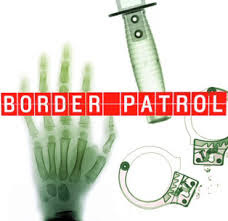 Earlier in the week I had heard the term busker and had looked up the definition which turned out to be a street performer. So when the airport security guard identified a visitor as a busker, Bobby and I laughed. We went from having never heard of a busker to having heard the word twice in the same week. It's one of those instances when you learn about something and then you start noticing it everywhere. 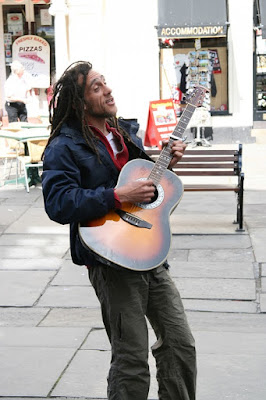 So imagine my delight when I opened up my book for the week, Tabby McTat The Musical Cat, and the first line read, "Tabby McTat was a busker's cat." I read it to Bobby and we giggled at the coincidence. 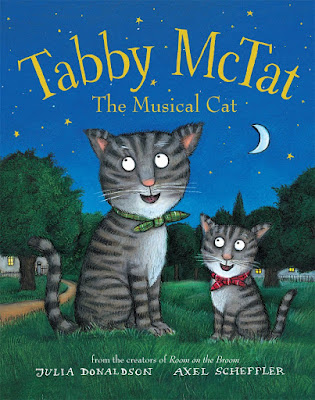 Tabby and his busker, Fred, sing for a living. But one day when Fred is busy eating lunch, Tabby takes a walk around the block and meets a new friend, Sock. While he's visiting, something happens to Fred. When Tabby can't find Fred, he ends up moving in with Sock and her people. A part of Tabby's heart can't forget Fred, and so one day he goes looking all over town for his old friend. They eventually reunite, but Tabby is torn between his new home and life and his old life with Fred. All does end well, but in a surprising and unexpected way.

Well, that about wraps it up for this week. Join me next week, same crazy time, same crazy channel. Also be sure to drop by my personal website Fun With Aileen where you will find more on reading, writing, and my very own chapter and picture books. And finally, you can find me on twitter if you want an extremely brief glimpse into my days.
Posted by Aileen Stewart at 12:00 AM