The Therapy of Faith and Writing 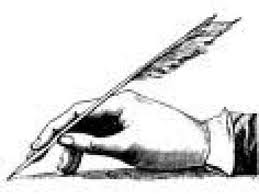 It has been a tough year for my family so far. First my daughter and I were sick for close to two months catching one bug after an other. Then, early this week my father went home to be with the Lord. Having already lost my first husband, two father-in-laws, one mother-in-law, and my best friend of 28 years, I can say that this is not the first time I have been dealt the hand of grief and it will probably not be the last. But what I have found through it all is that my faith and my writing are both therapeutic.

When my first husband went to be with the Lord, my grief was so deep, that despite believing he was in a place of wholeness and perfection, I needed some kind of an outlet. As I cried unto the Lord for relief I was amazed to hear a tune in my head that was soon joined by words. Never having had any musical talent whatsoever, I was amazed to find that I had been sent a song from heaven which I titled "Let the Joy Return". Shortly thereafter I also had the inspiration to start writing letters to my dearly departed. I would write down what I had been doing, how I missed his company, and how I knew despite it all that the Lord would comfort and guide me.

The mere acts of  trusting in the Lord and writing down what was inside me brought immeasurable comfort. I found this to continue to be true when my father-in-law, who I loved dearly, went to be with the Lord. I wrote a poem expressing that despite our family's grief, we were elated that he walked the streets of gold. So in keeping with past practice, when my father made his journey home  I worked hard at remembering where he now was, who he was now with, and how he was no longer a man of sorrow, pain, or tears. And I wrote. I wrote a poem of remembrance which I would like to share with you now.

And while I'll shed a tear or two
I know I will survive
Because my loved and cherished dad
You're the one who's truly alive!
So in parting I would like to say that when life get's you down or gives you large burdens to bear, turn them over to the Lord and then turn your thoughts to writing. 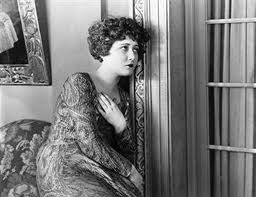 Lately I have done a multitude of book events from craft fairs to book signings, diligently working to get the word out about my book and to make my name a little better known then the day before. Unfortunately, as is with life in general, these events don't always turn out as I intend them to turn out.

Take for example my book signing at an extremely nice and well organized used book store in the nearby town of Marion, Ohio.  Marion is about an hour from where I reside, and I do not really know many people there; but I knew that it would be imperative to advertise as much as possible if I were to have a successful event. Energetically I set about to do just that. I remembered that my husband worked with a few people from that area, so I asked if he thought any of them would be willing to help me. Two of them took fliers that I had printed up and hung them at their churches and other places of interest. It was then, that I remembered we also had a friend that worked outside of Marion. She agreed to hand out cards to people she thought might be interested.

In addition, I had posters printed up for the book store to post in their windows, I left cards about the event around the Marion area, and I posted on social networking sites. One site in particular seemed promising as it was a site where people from that area were listing things they had for sale. The newspaper in the largest neighboring town also printed a small article about my event.

And yet, despite all this effort, only one couple showed up to this two hour event. Now I could have gotten depressed about the situation, lamented all the seemingly wasted effort I had put into the project, or even decided that I was tired of attending dismal events such as these; but what I did instead was choose to continue being positive and persistent. 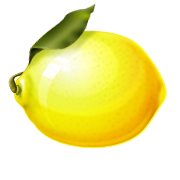 Surprisingly enough, the day was not a total loss despite the severe lack of customers because the one and only couple who willingly sought me out offered me a speaking engagement. It turned out that they run a writing group and were looking for guest speakers. I was also encouraged to bring my book and set up a small sale table. I have no idea where this opportunity will lead, but it is a building block.

There is an old saying that says if life gives you lemons make lemonade. Although quite cliche, this is a good rule to live by. Not everything in life goes the way we want it to even when we work really hard. However, if we choose to be stubbornly optimistic the odds are eventually going to be in our favor!

Signing off for now with wishes for a bright and beautiful day!
Posted by Aileen Stewart at 12:19 PM 5 comments: