Reading Levels Can Be Difficult To Pin Down

Reading levels, can at times, be difficult pin down. When I wrote my book, Fern Valley, I had no particular age range in mind. However, I did write it knowing that it was not for the under five crowd. When I paid to have it professionally critiqued before publication, the person doing the critique, suggested that it was suitable for children seven to eleven, which seemed appropriate to me. When Fern Valley actually became published and was set up on sites like Amazon and Barnes and Noble, there was no seven to eleven category. Thus,  I settled for the eight to twelve range.

In the two years that it has been available, many people have left me nice reviews with varying opinions as to the correct age range of children who might be interested in reading the stories. I had one woman, a teacher, suggest that it was most suitable for kindergarten or first grade students and no older. I had one reviewer suggest that it was a lovely book that would make a good read aloud for beginning readers because of the more difficult vocabulary, a silent read for slightly more advanced readers around third or fourth grade, and a possible read aloud for fifth and sixth graders who might not want to read it but might still like to listen to it being read.

I have had parents and grandparents tell me my book worked well for their children who were five, six, and seven because the short stories kept their short attention span and that they worked especially well as bed time stories. I have had nine year old children send me letters and e-mails  telling me how much they enjoyed the book. I even had one parent who commented that the nine year old for whom she purchased the book enjoyed it so much she gave it to her twelve year old sister too read. The twelve year old then gave it to the seventeen year old sister who admitted it wasn't too bad, causing the mother to proclaim she just might read it next. Which reminds me that I also have a group of lovely ladies in their sixties and seventies that bought my book for themselves.


At book fairs and craft shows, I have had pre-teens, around ten to twelve, look at my book as if it were for babies and others who picked it up with interest. All these different opinions lead me to the conclusion that age ranges are not facts written in stone. They are not positive indicators of who will or will not enjoy my stories. What they are, are guidelines. If you see that a book is rated at the age range of eight to twelve, it would be reasonable to assume a two year old would not sit still long enough to finish even one story. You could also assume that most teenagers would rather read something a bit more challenging.

But that leaves all those children between the ages of five and twelve who just might be interested in my book depending on their reading skills, their maturity, their love of good literature no matter what level it's written at, and their book buying adult's willingness to purchase it and take a chance.

I don't know about you, but I think those are odds I can live with.


Signing off for now with wishes for a bright and beautiful day!

A Busy Season and Some Change

This Year has been a busy year for me. I have been participating in our town's Farm Market every Saturday. My book sales were pretty good at the beginning of summer, but I wanted to offer something other then my book. It took me a few tries and several recipes and crafts to find my perfect niche, but I finally managed to pick some winners. I started making home made granola,  mini loaves of quick breads (zucchini, banana, and pumpkin) as well as mini tarts (apple, pumpkin, raspberry. peach, lemon, and strawberry). 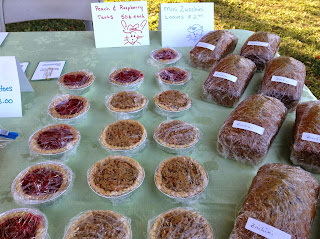 I have enjoyed these Saturdays mingling with the community and other vendors who have come to seem like an extended sort of family, but I must admit all the baking is quite tiring. I have also been attending practice at my local library for the Mystery Dinner Theater I am going to be participating in. I always wanted to attend one of those events and never imagined I would one day be one of the players. I also continue to be in charge of the children's display case which is a very fun and creative outlet. 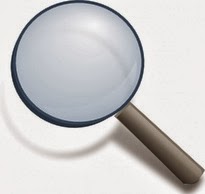 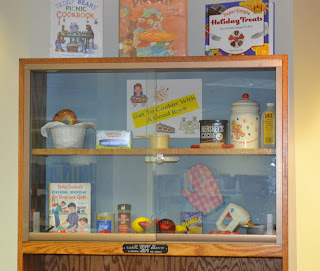 And then of course, school started. Not only am I  now getting my daughter ready every morning and making sure she does her homework every evening, but I am also the room mother and the person in charge of the Christmas Snack Bar that is held every year for the wonderful staff. Add to the mix the fact that third grade seems to have some kind of event or two every month. So far we have had a walk-a-thon, and we are getting ready to go to the Bird Sanctuary.

Now the Farm Market has ended (Yesterday was the final day), and I am getting ready for the craft fair season. I have Barbie quilts and pillows ready, homemade granola, and of course copies of Fern Valley. With Christmas just around the corner, I have thrown some shopping into the mix, scouring all the clearance sales that occurred this summer. I managed to hit a super fantastic clearance at Target where I snagged enough good deals to take care of my daughter for Christmas, her January Birthday, and all the birthdays for the girls in her class. 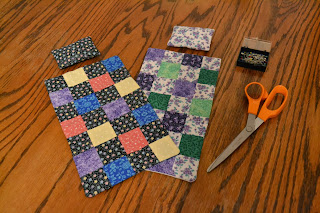 Unexpectedly we had some change at our home as well. The kind of good change that makes you just want to smile and thank the good Lord above. My husband received a job transfer from second shift to first shift. Now he can eat dinner with us and see our daughter for more then just three weekends a month. Although a most wonderful blessing, our new schedule and eating habits are taking a bit of time to which to adjust.

And lest I forget, I have been participating in the Intuit Big Game Contest. The prize is a Superbowl commercial. I realize it's a lofty goal to win something as spectacular as a Superbowl commercial, but I figure with a little hard work on my part, I have the same chance as everyone else. So if you have a moment to spare out of your schedule (which I am sure is as busy as mine), please stop by and look at my video and vote for me and help me make it to round three.

Signing off for now with wishes for a bright and beautiful day!
Posted by Aileen Stewart at 5:04 AM No comments: