This past weekend our library hosted a My Doll And Me event where girls arrived with their favorite doll. Emily asked to go and decided to take her American Girl Doll. She was a bit worried that at ten, she would be older then all the other girls, but once she saw her friend Katie, all doubts were erased.

It was a lovely event and the head of our library put on a spinning demonstration. She showed the girls different types of wool, wool combs, bobbins, and so much more. The children's librarians read books about dolls, taught the girls some old-timey games, and helped them decorate sugar cookies. 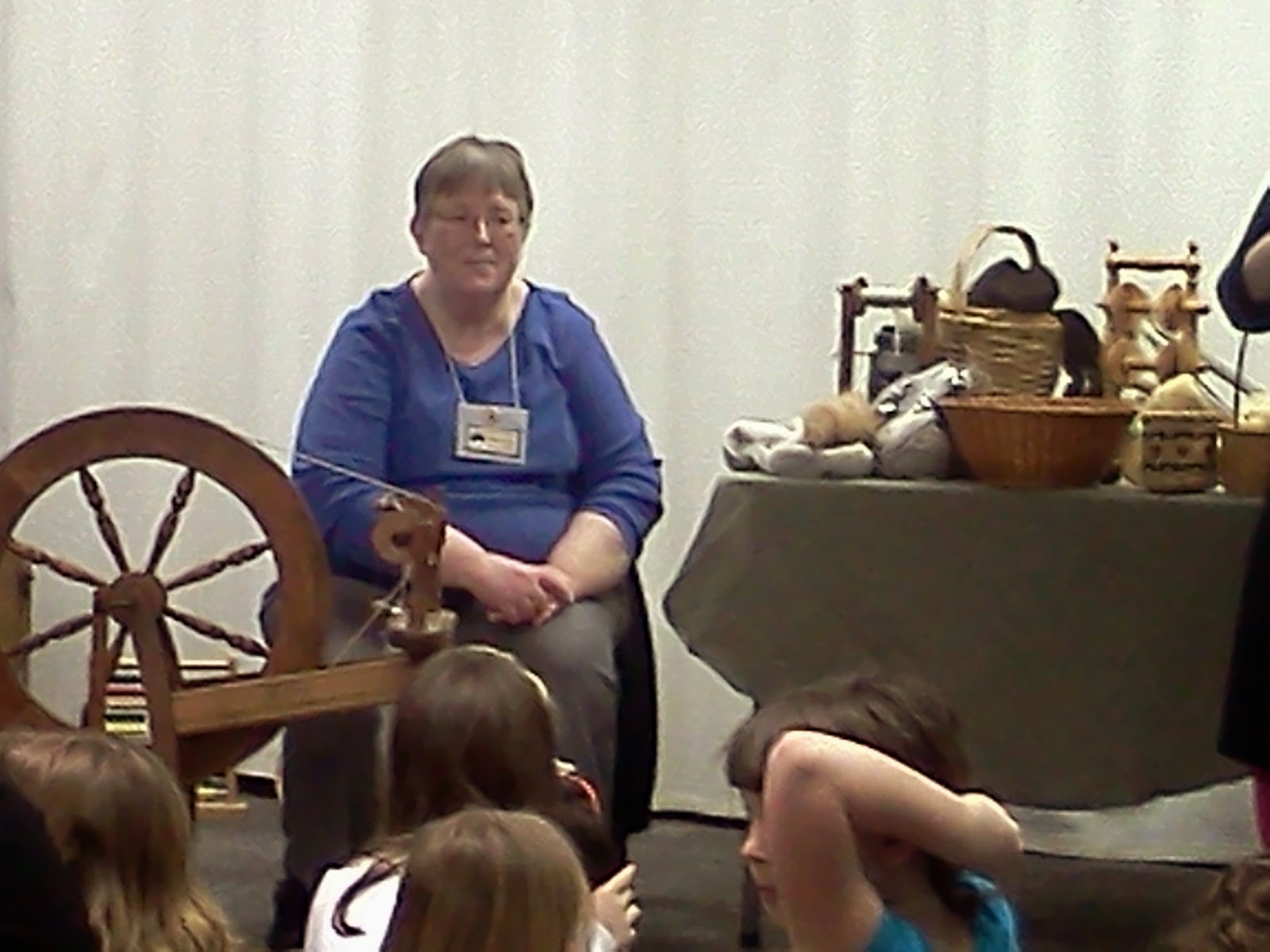 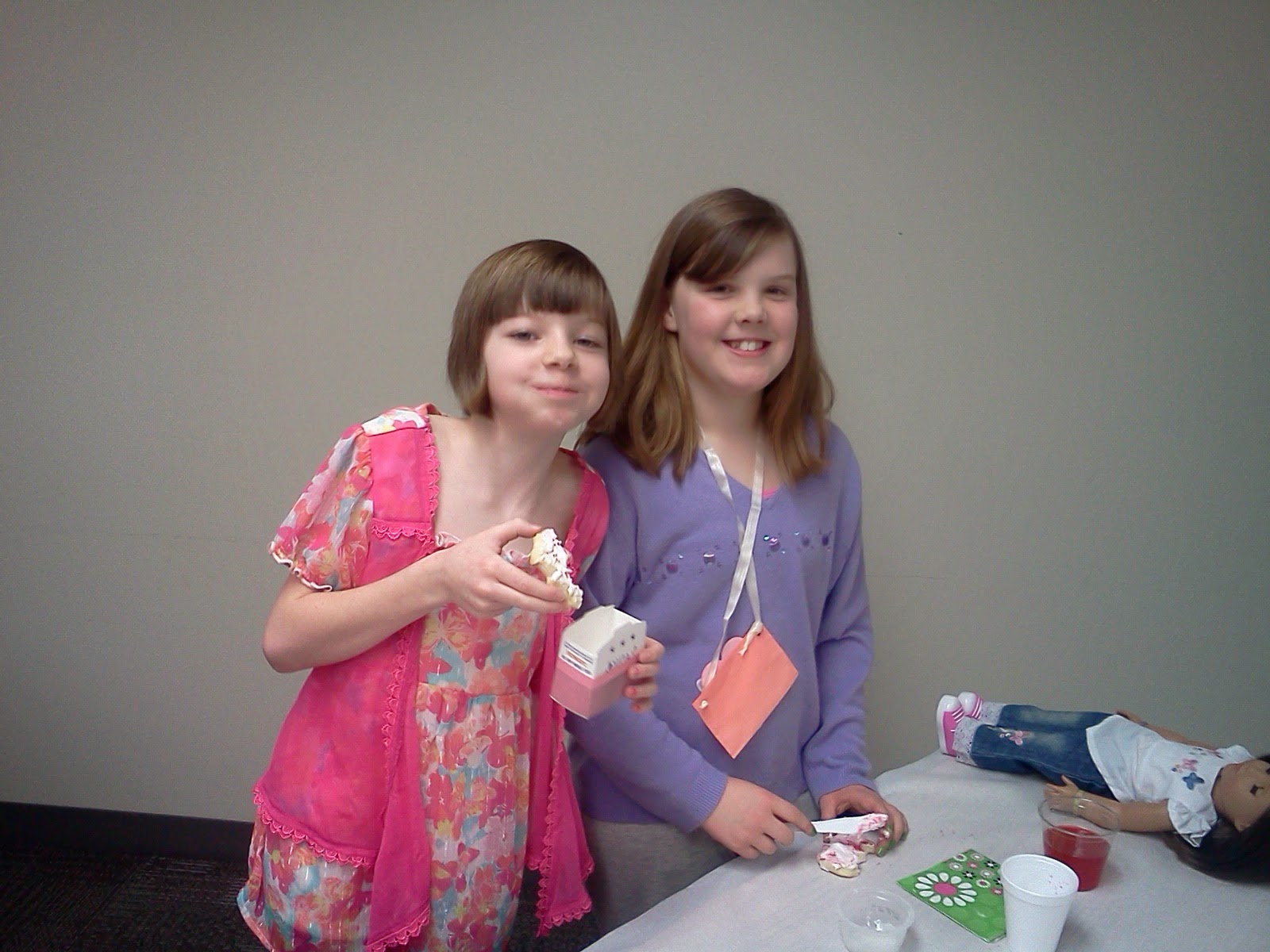 This fabulous event made me want to find a doll book of my own choosing to review and I found a gem in The Birthday Doll. Franny was thrilled with a birthday doll she received in the mail. It spoke a phrase, had adorable curls, and a frilly dress. Even her brother Ben was intrigued, and asked Franny to make the doll speak over and over. Franny received several other gifts when four friends came to her party. The last gift, was wrapped in a crayon covered bag and was an old cloth doll. Franny was not impressed, but after trying to cuddle with her fancy doll which was stiff and scratchy, she realized that sometimes the best gifts aren't new and modern but are old and well loved. 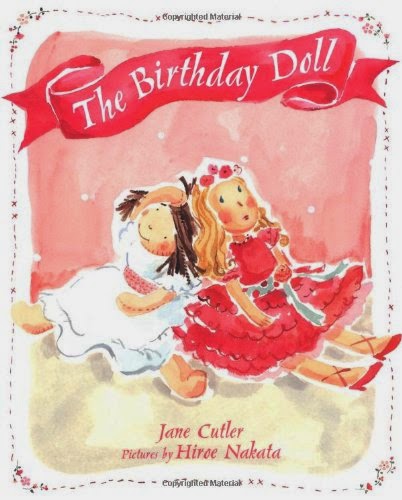 I also read a beautiful book called Hana Hashimoto Sixth Violin. I hadn't realized when I chose this book that it would have such strong Japanese ties, but once I started reading and realized this, it made me smile. Bobby's recent trip to Japan is still fresh in my mind and so it was fun to read a book with definite Japanese flavor. Hana Hashiumoto spends a wonderful summer in Japan listening to her Grandfather play the violin. By summer's end, she decides she wants to play the violin as well and her parents agree. Once home, Hanna decides to enter a talent contest despite her brothers less them encouraging remarks. While not proficient, Hannah dares to dream of performing and gives the audience a wonderful experience. 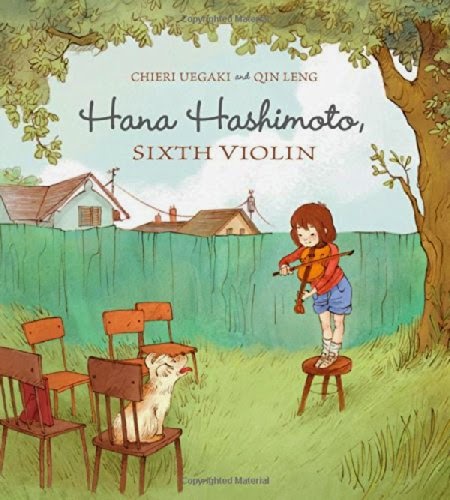