It's hard to believe that 2014 is a thought of the past and this is my first post of the new year. I also can't believe that in a week's time, my husband will be heading to Japan for a three week business trip. I am both excited for him and anxious since we have never been apart more than three days since we were married eleven years ago. And if truth be told, I might even be a little bit envious since I am the lover of travel and he is the homebody.

But as I look forward to each new adventure that we will face in this 2015, I also wish to fondly look back one last time and list my top five reads of 2014 in no particular order.


Ruth And The Green Book 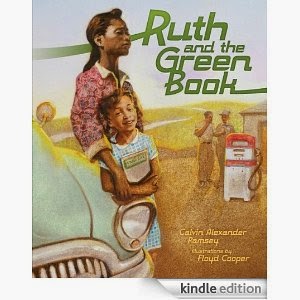 Ruth And The Green Book, by Calvin Alexander Ramsey, is the story of a young girl named Ruth who is traveling with her parents from Chicago to Rural Alabama in the 1950's to visit her grandmother. Many times they stop for gas, food, or an overnight stay and are turned away because they are negroes. Finally they stop at a gas station where the kindly attendant sells them a Green Book. The Green Book shows them friendly gas stations, hotels, and restaurants that serve traveling persons of color.

Although fictional, this story is based on the actual Green Books created for African American travelers by a New York postal worker by the name of Wendell P. Alston. 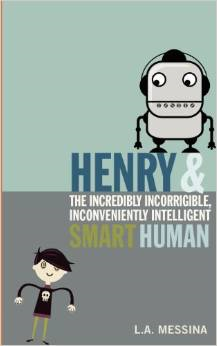 Once I started this book, I could hardly put it down. The story takes us to a world where robots are the predominate life force and humans are created to do the menial tasks robots do not want to perform. Robots have to be careful though, because sometimes the drooling zombie like humans go beserko. This is Henry's greatest fear until he gets to know his human and finds, much to his surprise, that he is quite intelligent.

The adventure that they embark on when they run away together is fraught full of the kind of danger that keeps you on the edge of your seat while reading, and the secrets they discover will amaze even the most skeptical of readers. Miss Messina has created a wonderful piece of fiction that is sure to keep both boys and girls between the ages of nine and thirteen intrigued from beginning to end.
Apples to Oregon: Being The (Slightly) True Narrative Of How A Brave Pioneer Father Brought Apples, Peaches, Pears, Plums, Grapes, And Cherries (And Children) Across The Plains 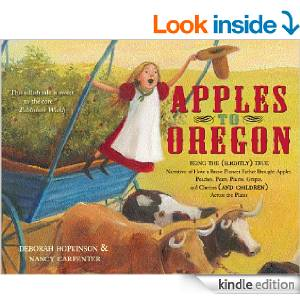 Apples to Oregon is a terribly funny story of the pioneers traveling there and the cargo they brought. Even the title is funny claiming to be slightly true. So if you want a bit of history told in a fun manner, you really need to check out this realistic fictional piece!
The Paint Box 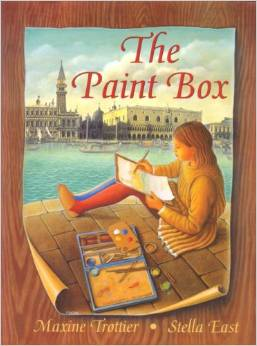 The Paint Box is a beautifully told story of a young Venetian girl in the late 1500's who had to dress like a boy in order to accompany her artist father around Venice to galleries and workshops. Although this story is fictional, the main character, Marietta, really existed and was a fine painter.
A Place Where Sunflowers Grow 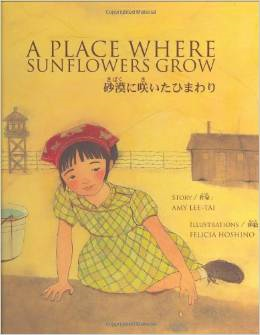 This is a beautiful book by Amy Lee-Tai. It is the story of a Japanese family of artists who were taken from their happy California home and were forced to spend three years in an Internment camp in the Utah desert.

Based on actual events that Miss Lee-Tai's Grandmother experienced, this story is a beautiful testament of human courage and hope. The illustrations by Felicia Hoshino add dimension to this tale, but most interesting of all is the fact that it is written in both English and Japanese.

If you want children to have a real interest in history, a real interest in the plight of others, a real interest in what it would be like to be unfairly taken from everything you've ever known, then this book is a must add to your reading list.
It seems that my favorite reads of 2014 were mostly realistic fiction, but who knows what 2015 will hold as we take the journey.
Well, that about wraps it up for this week. Join me next week for another exciting episode, same crazy time, same crazy channel. And feel free to drop by my personal website, Fun With Aileen, any day of the week for even more on reading, writing, my very own early grade chapter book, Fern Valley, the sequel, Return To Fern Valley, and the soon to be released Cooking In Fern Valley (fall 2015)! I'm also on twitter @AileenWStewart if you want an extremely brief glimpse into my days.
Posted by Aileen Stewart at 12:00 AM