Are You A Word Purist? 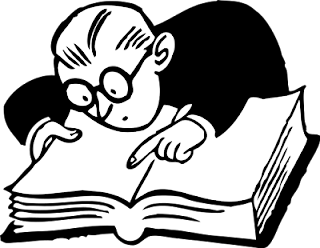 Recently my daughter Emily and I had some mother daughter drama. This wasn't a done in a moment kind of drama, but the kind that lasts for a few days. "What happened?" you ask. Well, the answer to that would be SPELLING. Yes my friends, SPELLING was the culprit and instigator of our drama.

It all started on Wednesday when I ran through Emily's spelling words with her. The weekly spelling words are always quite easy and she usually already knows them, but there are always four much more difficult bonus words one of which was careening. Not being the kind of mother to remain uninvolved in my daughter's education, I began to ask her if she knew what careening meant. She looked at me with that smug look that newly turned eight year olds have learned to master so well and said yes. That's when the drama began; she told me the meaning of careening was flying.

Now I don't know about you, but when I was in school spelling, vocabulary, and grammar were my forte.  I had the kind of dad whose every other comment was look it up, so I knew that flying was definitely not the definition of careening. I proceeded to tell her careening means something that is coming at you in a  tilted or sideways manner. Her reply, "Well, that's not what my teacher Ms. Carr said. It came from a Skippy Jon Jones book." Not wanting to put her teacher in a bad light I mentioned that sometimes even teachers are wrong or that perhaps she had misunderstood the teacher. As you can imagine, that did not go over well at all.

Certainly she can't argue with the dictionary, I thought. As I read her the definitions, all of which were originally derived from the nautical term which meant to turn a ship on its side for repairs. The closest definition to what Skippy Jon Jones might have been doing as he went careening into his pile of toys was lurching or swerving while in motion.

I thought the incident was closed until the next evening when Emily informed me I really needed to talk to Ms. Carr about the word careening. Her father told her I was correct but still she insisted. So, being the good mother that I am, that is just what I did this morning. I ever so politely explained that we were having a spelling related issue and asked her what definition she told the class to which she replied falling into. Now although that is not technically correct, I figured it was close enough not to quibble over and it confirmed my suspicion that the mistake was on my daughter's part seeing that flying and falling are fairly similar.

On my drive home, I thought of how often words in the English language are improperly used and how when used improperly for a long enough period of time those words and their incorrect definitions become common and acceptable. Take the word kleenex for example which is actually a name brand but has become synonymous with the word tissue. So my question is this: Are you a word purist or do you just go with whatever words and definitions everyone else seems to be running with these days? I'd have to say I'm probably somewhere in in-between being a word purist and a follower of the pack.

Signing off for now with wishes for a bright and beautiful day!
Posted by Aileen Stewart at 3:16 PM